Denton Cricket Club is a club designed and set up for the local community, with a members lounge open 365 days a year and a spacious function room available to hire.

The cricket club was founded in 1824 and as such is one of the oldest clubs in the world. The club has a prestigious history at all levels through junior and senior cricket. They currently play in the Greater Manchester Cricket League, with 3 senior teams and 5 junior teams representing the club. We are constantly looking for new players, scorers, umpires and club officials to continue the club’s fine traditions going forward, both on and off the field.

Teams run through from under 9’s to Under 17s at junior level, with 3 senior teams playing at weekends. The club has over 200 members including over 70 junior cricketers and has recently gained Clubmark Achieved Status.

The club has a strong tradition of success at junior level, with the Under 15s current league champions and several juniors representing local district teams. Junior teams train weekly and various age groups play games on each night of the week, plus some Sunday mornings.

The seniors play on Saturdays and Sundays throughout the season, with weekly training and several other events throughout the season. Senior players in the past include test players Malcolm Marshall and Kenny Benjamin in the early 1990’s, with more recent international players including Michael Swart of Netherlands and Stephen Parry (junior at the club from the age of 7) of England.

The club has made great progress in recent seasons, improving facilities and levels of coaching for all playing members. As well as achieving Clubmark, the club has helped 16 coaches to become qualified in the last 10 years, raised funds and built new changing and tea facilities, completed extensive work of the playing area and also established 2 child welfare officers and 6 first aiders. Coaches are now starting to work more closely with local schools and offer free coaching.

The wooden log cabin style clubhouse is open 365 days a year with bar and TV facilities and is open to all newcomers throughout the year, with a pool team and 2 darts teams run as well as the numerous cricket teams. The facilities are also used by numerous community groups throughout the year as well as for private functions. More information on the club and regular news updates of cricket fixtures and results, as well as social events, can be found on dentoncricketclub.com, or by searching for Denton Cricket Club on Facebook or @Denton_CC on Twitter.

For more details about our function room and any questions you may have around hiring this, then please go the relevant page of this site or give the club a call anytime on 0161 336 3217.

AT THE CLUB WE HAVE:

Massive thank you to our matchball sponsors for today's game against Austerlands, @UMsportswear , a great company well worth a look!! https://t.co/7qsFoXO9Kx 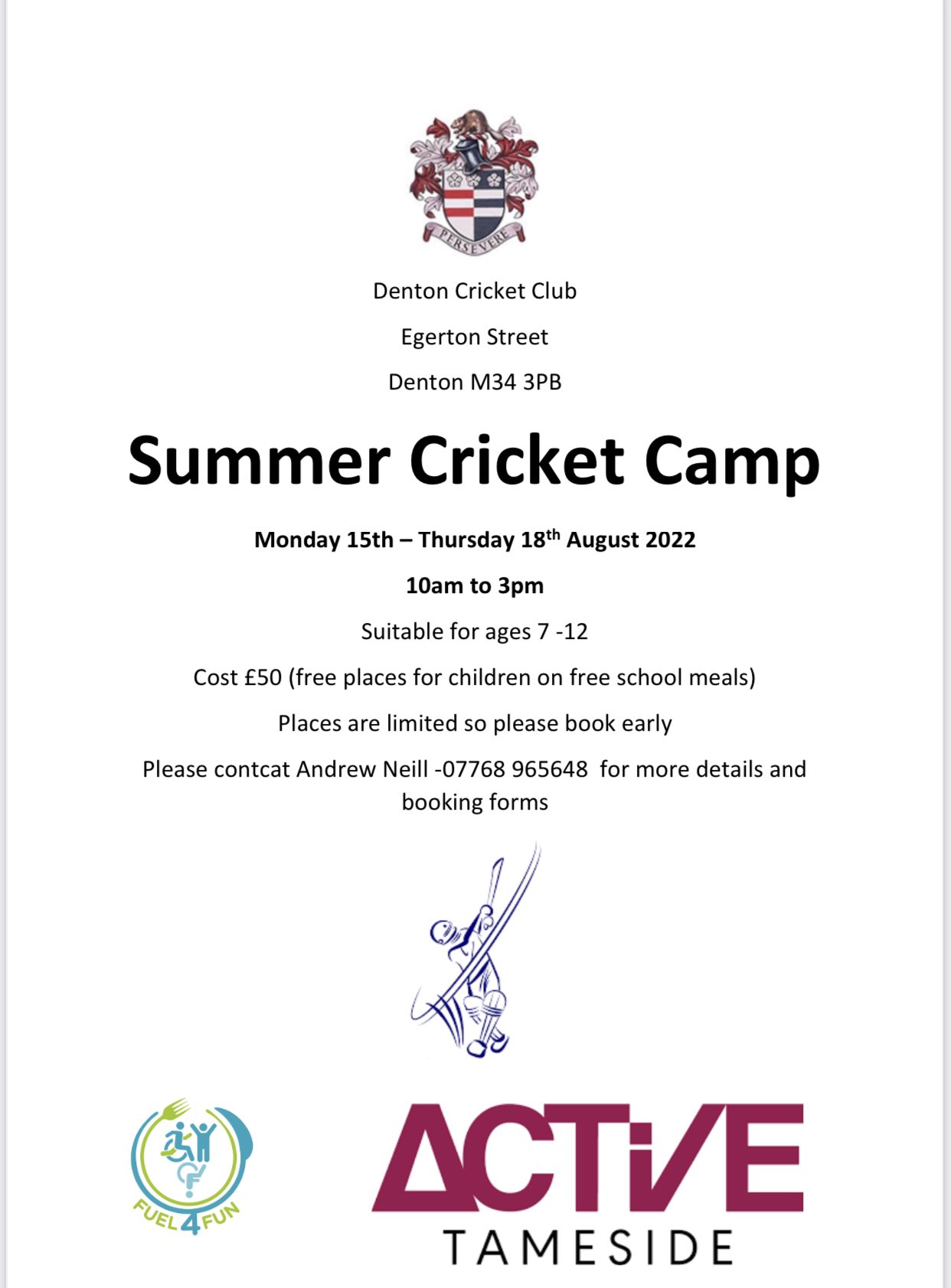 @DentonComp: *** Deadline warning *** Only a couple of days left to join this seasons first comp. Come on people, the more players the bigger the prize and the more it helps the club. For more info email dentoncclastmanstanding@gmail.com
h J R
@denton_cc